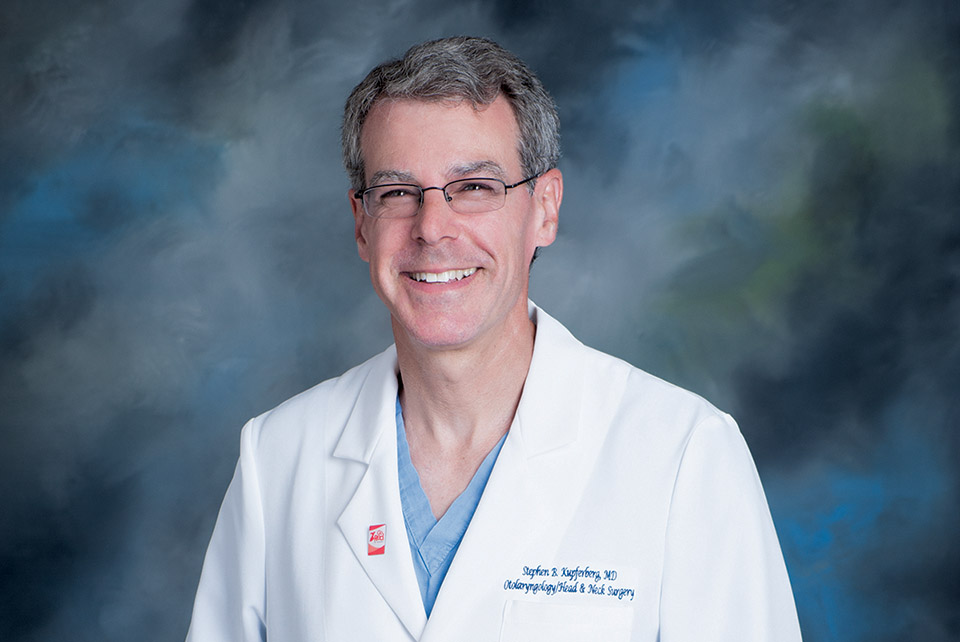 Dr. Stephen B. Kupferberg is board certified in Otolaryngology/Head and Neck Surgery. He takes care of both adults and children with ear, nose and throat problems. He attended Muhlenberg College and graduated Magna Cum Laude with a degree in Biology. Upon graduation he attended Jefferson Medical College in Philadelphia, Pennsylvania. He completed his residency at the Medical College of Georgia in Augusta, Georgia in 1997. He was then appointed the chief of the section of Otolaryngology at the VAMC in Augusta. Later, he was at a private practice in both Wheaton and Rockville, Maryland for four years while his wife was stationed at Andrews Air Force Base. He then moved back home to New Jersey in 2002 and has been in private practice in Toms River, New Jersey since that time. Dr. Kupferberg is on the staff of both Community Medical Center and Ocean Medical Center. He is the chairman of the Department of Otolaryngology at Community Medical Center. He also serves on the hospital’s Cancer Committee and is the Cancer Liaison Physician for Community Medical Center for the American College of Surgeons. He is also the president of the Monmouth-Ocean Medical Society. He has a special interest in diseases of the sinuses, as well as hearing restoration with the BAHA procedure. He performs surgical procedures at Community Medical Center, Ocean Medical Center and Bey Lea Ambulatory Surgical Center. He enjoys family life with his wife Marcia and sons Jacob and Andrew. He has been involved as a leader for several years in Boy Scout Troop 36. Dr. Kupferberg also enjoys golf, cycling and physical fitness.

Dr. Stephen B. Kupferberg is a member of the following: